Why I Keep Digging


Every now and then, after hitting a brick wall after brick wall, I question why I am still seeking answers to the seemingly unanswerable. Then I find this sliver of a clue and do the happy dance and keep on keeping on. I love genealogy because of the mysteries. I think if it was too easy, I would have stopped long ago. The obstacles makes me push harder to unearth new relatives and new information.

I also think genealogy has a tremendous value. In response to a post I wrote earlier, it is important to know your history. It can inspire you and be a road map of what you can accomplish and what to avoid.

I just found out that one of my ancestors, Florence Octavia Alexander, my grandmother's sister, was asked to dine at the table with Eleanor Roosevelt. I am learning more about Kenny J. Williams, my grandmother's niece. Her mother was Maude Alexander Jackson and wife of Rev. Joseph Jackson, president of the Northern Baptist Association from 1941 to 1990. At one time he was considered more influential than Martin Luther King. There's a treasure trove of anecdotes there.

In my surfing of the web I ran across this blog, "The Chicago History Journal" and a post dated in 2010.  The writer was researching Chicago authors and their lives. "When I read a book I like to know who is talking to me. To my chagrin, I found very little information about this accomplished scholar." http://www.chicagohistoryjournal.com/2010/01/kenny-j-williams-voice-for-chicagos.html

That scholar was my cousin, Kenny J., someone I knew personally but knew only a little better than the blogger. The few details that I have gather so far convinces me that someone needs to document her history. She had no children and was an only child so that leaves it up to her cousins.

That is also why I believe genealogy is important. Because no matter who we are, we matter. And it has to be more than who begat who, when they were born and when they died. It has to be stories of celebrations and cautionary tales of people who lived and loved. 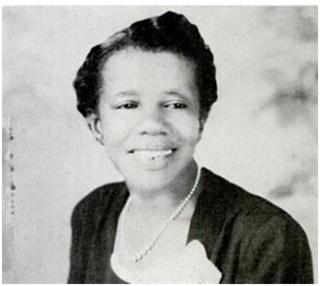 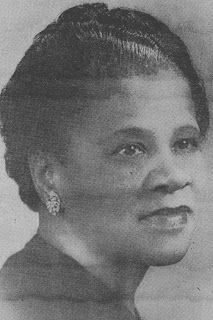 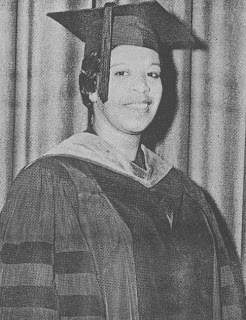 I believe the answers are out there, we just have to find them.