I know I have complained before. It  is not an attractive trait to whine. However. I get so frustrated while researching when I come across information that I know can't be true or has not been verified.

It reminds me of this quote from a new cable docu-comedy, "Family Tree." It's about a man (played by one of my favorite actors, Chris O'Dowd)  who has become obsessed with tracing his family roots. His father doesn't share his interest. He blames the new passion of his son on a romantic break-up. Besides, he says, aside to the camera, "genealogy is like any other 'ology. Best left to the scientists."

In episode 2, the Chris O'Dowd character mistakenly believes his heritage must be Chinese because he is given a photo of his great grandfather that looks to him that he is Chinese. He finds out first that the picture does depicts  a Japanese person, not a  Chinese person. Next he learns that the photo is of his great-grandfather acting in the theater production of The Mikado as Nanki-poo. Even though that information was on the back of the photo, even though his grandfather is clearly Caucasian, O'Dowd still leaped to that erroneous conclusion.

That's the kind of assumptions I keep finding all the time online. And to be honest, I may have made a few of them myself in the beginning. And I may make a few more in the future. I remember speaking to a cousin who tried to tell me that her great grandfather was a Dunnegan and not our shared ancestor, a Warren. I looked at the same census she used as her source and I realized that the census was in error. Her great grandmother, who had divorced our great grandfather, had left her children with her parents. On the census those children were listed as sons and daughters, not grandchildren of Dunnegan. It was an obvious deduction but when looking at the ages and other evidence, it was apparent to me that the census was wrong.

I'm working hard to get my family history updated in time for the family reunion this September and I keep getting sidetracked by contradicting information. Familysearch.org's new Family tree addition to the site is the newest culprit in spreading wrong info. Just like ancestry.com, anyone can add information without sources to back up their data. And many times if they have a source it is from another source that was not verified.

That was my primal scream. I had to vent. Now back to the drawing board.
Posted by Jennifer at 11:05 AM No comments: 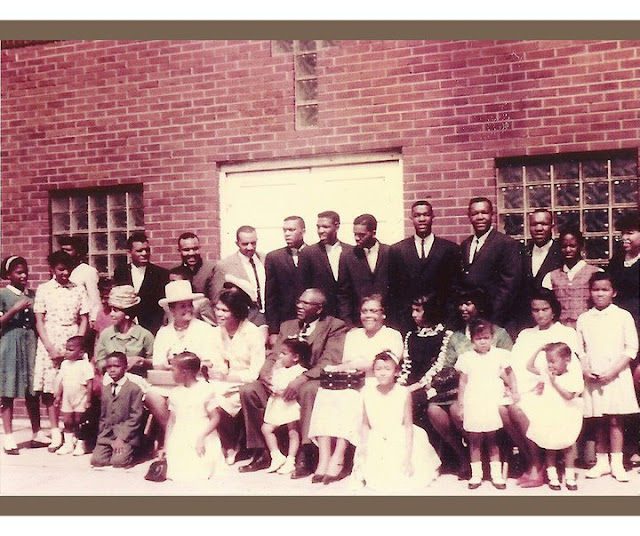 The Warrens circa 1965
(Introduction - Tapestry of Tangled Ties)

It has been over 15 years since I began researching my family roots. I’ve hit my head on the brick wall many times, stopped, stuttered, and began again. Sometimes I wonder what keeps me going when the information has seemed to dry up or when others question my tenacity. It is a combination of many things.

I am just plain nosy as my family will attest. I am passionately curious about my own history. Why I am that way is partly why I continue to research—it’s in my genes. But where I got it from, I’m still not sure. So I keep searching.

And because it’s in my genes, there are others out there who share my curiosity gene and I do this for them. Inquiring minds want to know, as my uncle Johnny used to say, so I want to help them.

When I learn something new it is such a rush. It’s my geeky Achilles heel. I absolutely love it. It is the avocation that fills my time and mind and crowds out all mundane and/or troubling thoughts.

So I continue. I originally planned on just updating my first book, “Say My Name,” but I kept finding new data and vital statistics kept changing. Therefore, I am writing this new version of my family history with some information from the aforementioned book but also with all the new stuff I’ve learned. I do this knowing that things will still need to be updated. A genealogist’s work is never done. Researching a family tree is the work of many lifetimes. 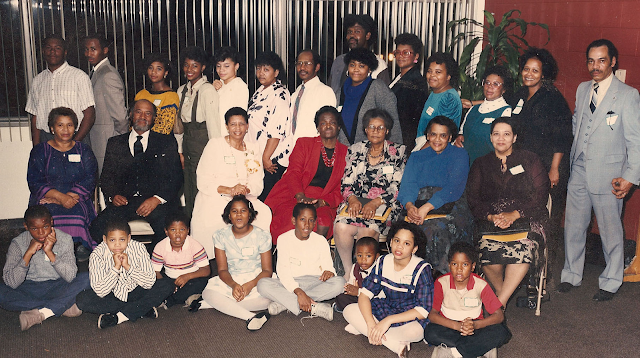 Posted by Jennifer at 6:16 AM No comments: