I always feel guilty when I look at how long it has been since I posted here. Even though it's been a while, I am still researching, although not as obsessively as I have in the past. For example, I still check my ancestry dna matches every month.

So far most of my matches are distant but my maternal uncle who also took the test had a match that was close, a 3rd to 4th cousin. I checked out the match and looked at the 2x grandparents that my uncle may share with the match. One name stood out because of the location where this person lived. I had never heard this name before--Josiah Pridgen--but he died in Cherokee, Alabama.

That part about the Trail of Tears is wrong because she was born after that infamous trail.  But is it possible that the legend got twisted? Could she have actually lived in and/or be from Cherokee, Alabama?


I checked the 1860 slave schedule for Josiah and he had three slaves who matched my family's ages--
Julie, Jane and the oldest son Joseph--and they were all designated mulatto! Could Josiah be the missing link for the Roberts’ family?

I put it aside for a minute but today I checked my dna matches again. I searched Josiah Pridgen again. He was born in 1812 in North Carolina. His parents were Joel Pridgen and Elizabeth Richardson. In searching for Josiah, the name Zilly Pridgen and Reuben Bachelor were in the results. I searched my dna matches to see if Bachelor or Pridgen came up and hit pay dirt. Through deduction and dna matches, I am certain that Josiah Pridgen is my 3x great grandfather.

Add to that there is a resemblance between Josiah's son Milton and my grandmother Mary Jane especially around the noses.  Or is that just wishful thinking? Photos aside, according to the DNA, I am related to the Pridgen family. 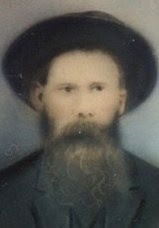