Famous People in the Family 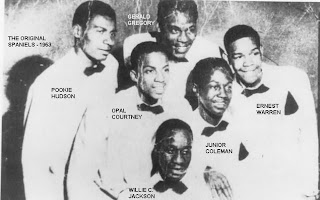 I think there is a large percentage of people that start researching their family tree in hopes of finding someone famous or even infamous. I'm no different. However, my rationale is that it is easier to find people who have been documented by other sources.

I am aware of a few relatives that have achieved a little bit of fame. The one that was probably the most well known is related through marriage. My great aunt Maude Alexander married the Reverend Joseph H. Jackson, once president of the National Baptist Convention U.S.A. This organization claimed 6 million members at one time. Jackson met with political leaders all over the world due to his position. Martin Luther King, Jr. was Jackson's vice president. Due to intense feuding between Jackson and King over the tactics of civil rights demonstrations, the group splintered off into another group, the Progressive National Baptist Convention. King joined this new group. I used to say that Jackson was my rich uncle even though he didn't know I existed. When his daughter Kenny got married, my father and mother went to the wedding. My parents talked about how fancy the reception was and how Mahalia Jackson, a famous gospel singer of the time, sang at the wedding.

Then there's my uncle Ernest who is actually in the Doo Wop Hall of Fame as part of the original "Spaniels." This group is known as one of the great R & B singing groups of the 50's. They're best known for the song "Goodnight, Sweetheart, Goodnight" from the 50's. They are the original singers of that song not the "Sha Na Na." I remember their station wagon with the picture of a Spaniel. The car would be parked in front of my grandparents' home whenever Ernest was in town. I had to google the group to find out that they were on the same tour as the one that ended with the death of Buddy Holly, Ritchie Valens and the Big Bopper. My uncle left that life behind in 60's and became a preacher and a pastor. He's not proud of that part of his life so he doesn't talk about it much but he still has that sweet tenor voice.

Those are the two relatives I knew about before I found the link on Ancestry.com. After finding the link, I discovered I'm related to royalty and presidents and writers and actors.
Posted by Jennifer at 9:22 AM