Looking for the Paper Trails of Slavery 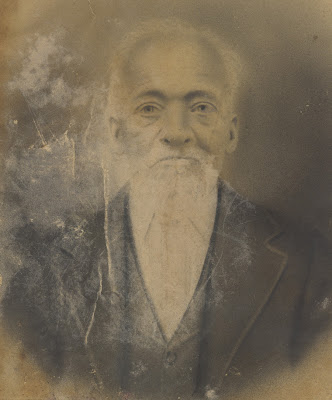 I went through the material my aunt had gathered during her research. She shared much of the information verbally with me but not the documents. Unfortunately, she passed away four years ago due to complications from diabetes. I claimed her documents since she always promised them to me.

One thing that she never found during all her hard work was a paper trail about Solomon Koonce while he was a slave. There is a lot of oral history. He was supposedly sold at 19 to Isaac Koonce, a farmer in Haywood County, Tennessee. We do have anecdote about Isaac's brother-in-law David Nunn buying or receiving slaves for unpaid debts in North Carolina and transporting them to Tennessee. My aunt Adrene believed that Solomon was one of those slaves.

I am more of the mind that Solomon was inherited or sold after being inherited. Of course, I have no proof. It's just a hunch. We're not sure when he was born. The sources purport his birth to be anywhere from 1822 to 1828. The year 1828 is when Nunn and Isaac came to Tennessee from North Carolina so they probably didn't bring him during the move. If he was born in 1822, he would have been 19 around 1841. Between 1841 and 1842, an aunt of Nunn died. She didn't have any children so her property went to her nieces and nephew. Some of her property were human and she was from North Carolina. I'm going to follow this trail and see if I can find documents with names or at least ages that coincide with Solomon.
Posted by Jennifer at 7:15 AM