What I learned Part Two

AnestryDna  has been the gift that keeps on giving. It has helped me verify certain identified ancestors and provided clues to other potential ones. Last December it solved a mystery that had tantalized me for years.

Back in 2014, when I first received my DNA results, I noticed one of my matches had an ancestor, Ivory Lucinda Woods, who was born in Crockett County, Tennessee. This is where my maternal grandmother's people lived and some still reside. None of the other names on the tree looked familiar and only this one person was born in Crockett County. Ivie Woods is on the 1900 census living next door to my great-great grandmother Janie Koonce's sister.

I emailed my DNA cousin asking for more information but never heard back from him.  Until two years later, this past December!! He just saw the message. Although he didn't know how we were related, it piqued my curiosity enough to make me look at the connection again.

On my cousin's tree Ivory's father is listed as William Woods but her mother is listed as private. And my cousin never emailed me the mother's name. I had to search for Ivory born August 23, 1895, died 1970, in another family tree. Luckily, I found her and her mother. Her mother's name was Florence. Next I found Florence's death certificate. Her parents names were listed as William Roberts and Judy Clay. Ding, ding, ding! We have a winner. Judy is my great great great grandmother and William is the step-father of my great great grandmother Jane Roberts Koonce. I am on the right trail!

Now here comes the mystery. On the 1880 census, James and Jane list a daughter, Jenie Koonce. Jenie was born in 1871 but Jane was born around 1862 and married James in 1876. Mystery number one. Mystery number two--I could never find Jenie Koonce again in any documents online but I did find a Jenie Roberts that married William Woods in 1892. However, on the 1900 census, William Woods, the same William that is Ivie's father and who is living next door to Jane's sister, is married to Florence and had been married to Florence for eight years. Florence is Jenie!

So I solved the mystery of Jenie Koonce and naturally, another mystery is born. Who was her father? Her mother, Jane, was not married to James when she had her and she also was only around 12 years old. I think this is a secret that was taken to the graves of many of my relatives but DNA has a way of bringing the truth back to life. Maybe I will be able to solve that mystery too in the future
Posted by Jennifer at 11:18 AM No comments:

Last year wasn't completely without merit. I learned many new things about my family history and also about myself. After attending the International Black Genealogy Summit in early September, I learned that I am an intermediate researcher and I need more challenging and informative conferences at that level. Of course, it is always a plus to mingle with like-minded people and to meet some of the experts in this field. Meeting and talking with Hari Jones and Kenyatta Berry was the highlight of the conference for me. Jones  is a writer, lecturer, historian, curator and motivational speaker. For twelve years, he was the assistant director and curator at the African American Civil War Freedom Foundation and Museum in Washington, DC. Berry, pictured below, is one of the genealogists featured on Genealogy Roadshow. 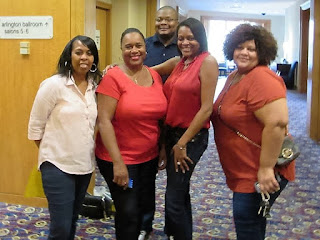 I learned the hard way how difficult it is to hold a family reunion. The Warrens and the Wilkins on my family tree met in late August. It was a labor of love for me. However, I'm afraid the result of this labor will be a "one of."

I took a trip back to Mississippi, hoping to uncover more information from the family cemetery in Summit. That was a big disappointment. I couldn't even find the tombstones I located on my trip three years ago or so I thought. After looking at the photos I took, I realized one of them was that of my great aunt Elizabeth Cotten Ames' tombstone, one I had discovered on the first trip. It seemed to have deteriorated faster than I would have expected. 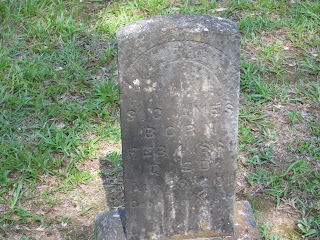 Surprisingly, several new information surfaced in the last month of the year. Much of it came about because of the results from my DNA test, a gift that keeps on giving. More on that later.

I made no new resolution this year. The second edition of my family history is finished. There may or may not be a Koonce family reunion this year. I'm not even planning any trips for this year. If I had a resolution it would be to take it one day at a time and thank God for each day.